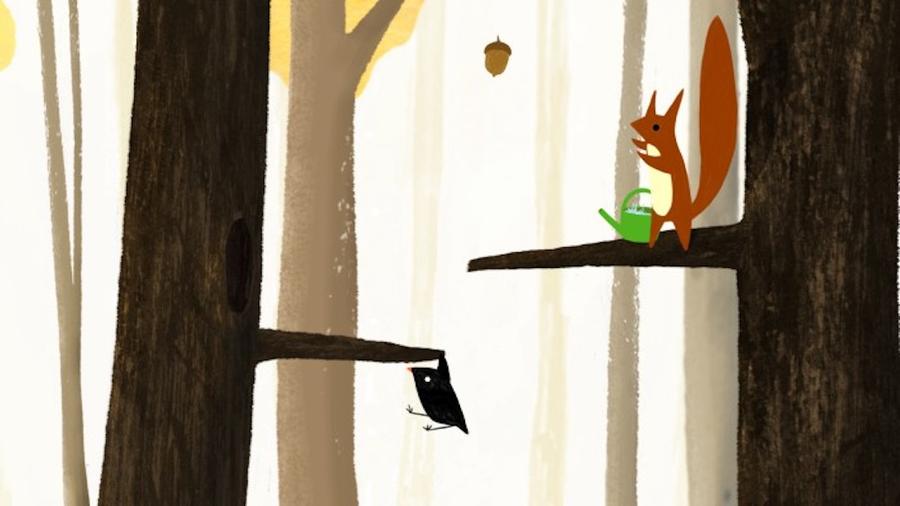 Film screenings within the section Ale Kino! for the Youngest Young give perfect opportunity for the youngest to encounter the world of cinema for the first time. This year we will present a set of short animations about birds and their amusing adventures. Kids will have a chance to enjoy the friendly and cosy space of an exceptional cinema, where you can follow the story sitting on soft cushions, curling up or cuddling to your dearest. There will also be actors keeping the audience company during the screenings. And after the show, using scraps of material and with the help of adults, every young viewer will have a chance to create his or her own personal birdy friend.

In 2007 she graduated from the Audiovisual Communication Department of Gerrit Rietveld Akademie in Amsterdam and in 2011 she received her master diploma in design from the Lucerne University of Applied Sciences and Arts. Lena has directed three films about the adventures of Little Bird.

The Little Bird and the Squirrel

The Little Bird and the Leaf

The Little Bird and the Caterpillar